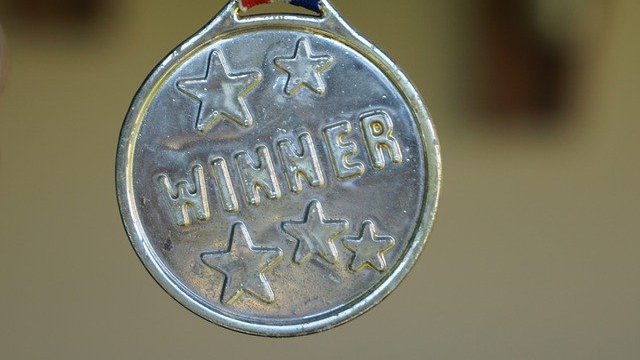 Yay! I’ve successfully completed NaNoWriMo for the second year in a row. My total for the month now stands at 50,069 words. This year I achieved this 5 days faster than last year. The one difference though is that I don’t plan on stopping this time around.

Reflecting back on last year, I only decided to do NaNoWriMo in LATE October, taking maybe 5 (probably less) days to jot down a quick and dirty outline for the project. Actually, early in November I was afraid that I would finish it without hitting the 50k mark. That project, “Heir” was completed early this month, and the first draft clocked in at just over 98k words. I also had an earlier deadline last year, my parents came to visit me in Brussels for Thanksgiving (they live in the US, so they had several days off). This meant that I had to finish NaNoWriMo no later than November 27. That visit also knocked me out of the habit of writing every day, though to be fair, I had also written myself into a bit of a corner. I did some writing during December, but only a chapter or so. It wasn’t until I tossed the last chunk out, and started from an earlier point that I managed to get through the rest of “Heir”.

So what am I planning on doing differently this year?

“Artaang” currently stands at 32,659 words, with 5 chapters completed and 1 almost finished. Best guess is that it will be around 150k words once finished, it is epic fantasy after all.

Two weeks ago I wrote about prologues in general, and why I decided to cut this story’s prologue. I now admit I was (partially) wrong. This story needs a prologue, but the old one was not the best fit for it. The reason it needs a prologue is simple: Hook. The real hook of this story happens at around page 10. While still in chapter 1, that is a ridiculously late hook. A good hook should be on the first page (~250 words). I don’t currently know what that hook needs to be.

One possibility I’m considering, is putting in a character that I have in my plans who never appears in the story itself, though his existence will be hinted at in a later chapter. The opening scene could easily be him using his powers. These powers are completely different from those of any other character who appears in the book, though linked to one of them, but fit perfectly for the role I have envisioned for him.

Another possibility would be to use the prologue to provide some backstory. There are several possibilities of how this would be accomplished, and in fact that was the role of the original prologue.

I also wanted to write a bit about the magic systems in the two stories. These systems are both different and similar (after a fashion). This discussion will be purposefully vague to avoid any spoilers.

In “Heir” the magic system is broken down into 2 parts: Heavenly and Hellish, with each further having a greater and a lesser aspect. Everyone who can use the greater aspect can use the corresponding lesser aspect as well. In effect, the magic is split into two groups of two powers (4 total).

In “Artaang” the magic system is also grouped together, but in uneven numbers: 4, 3, 2, 1, giving us 10 total magical talents in 4 groups. The details of this structure are not known in world, through reference to 10 powers is given early (chapter 5). All the powers that are going to appear in this book, including the one I’m considering for the prologue, fall into the 4 and the 3. However, not all of these powers will be explored in depth, since one of them doesn’t appear until much later. I actually have several notes on how to hint at that power so that it is not a Deus ex Machina when it appears, on the other hand, I do want it to be a surprise, so the hints I drop will be purposefully veiled, and misinterpreted by the characters.

So, I’ve decided to do NaNoWriMo again this year. Although unlike last year I am going rebel. Instead of …

We’re now (almost) halfway through the month of November, so I decided to do a quick update on my progress. …