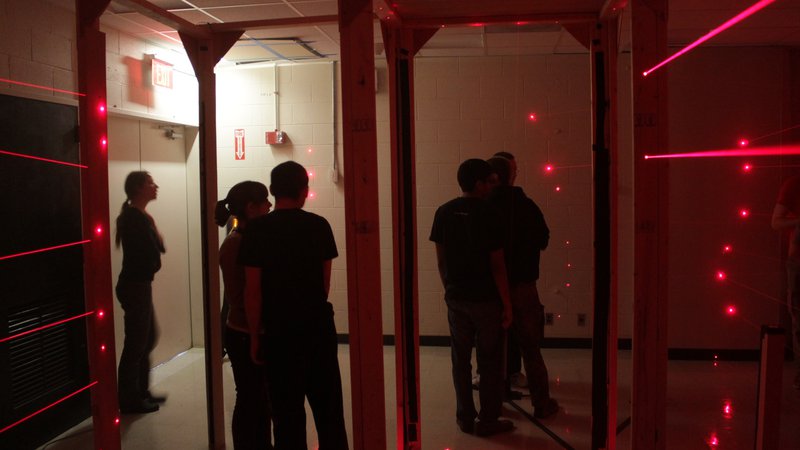 In a recent conversation, I was reminded of one fun “claim to fame” I have, so I thought I would share it.

The year was 2013, and “Manic Sages”, the team I was on, was running the MIT Mystery Hunt. For those who might not know, the MIT Mystery Hunt is an annual puzzle solving competition held over the Martin Luther King, Jr. Day weekend at MIT. And the winning team gets to write the following year’s hunt.

One of the tasks that I was given a few days before the hunt was to write the error webpage. It was a very simple page that had text to the extent of: “The page you tried to reach either does not exist or you do not have permission to access it. If you believe that you’ve reached this page in error click here to contact HQ (Headquarters)” and included a simple link to the “Contact HQ” page.

So far so good. The text was short and to the point, the link went to the correct page. So we pushed this page to the hunt servers. Now as everyone who has done work with servers or any multi-user system knows, permissions are important, and in a competition where solving puzzles is what unlocks further puzzles, you can’t really afford to open up too much. Well, this is where the problem came up. None of the competing teams was given permission to access the “Contact HQ” page. Oops.

This is where xkcd comes in. We knew that Randall Munroe, the author of xkcd, was on one of the teams competing. As an aside, we knew this and had even requested (and if I recall correctly received) permission to use xkcd comics in some of the puzzles, all the while having to be extremely vague about any details to not give that team an advantage. For those who might not know, xkcd is a web comic that has been running since 2005, and is updated on a Monday, Wednesday, Friday schedule. The comics are (mostly) stand alone, and range from just silliness to serious commentary to even games.

The hunt as always started at noon on Friday (shhh! we don’t talk about Random House’s 12:17 start time). Here’s the link to the xkcd comic from the following Monday. At first glance there is nothing special. However take a look at the mouse over text: “It can take a site a while to figure out that there’s a problem with their ‘report a bug’ form.” Knowing that the author of the comic was at the Mystery Hunt, it is a clear reference to the story relayed above.

UPDATE: The cover image was updated to be my photo from the run around of that Mystery Hunt, same photo appeared in The Tech