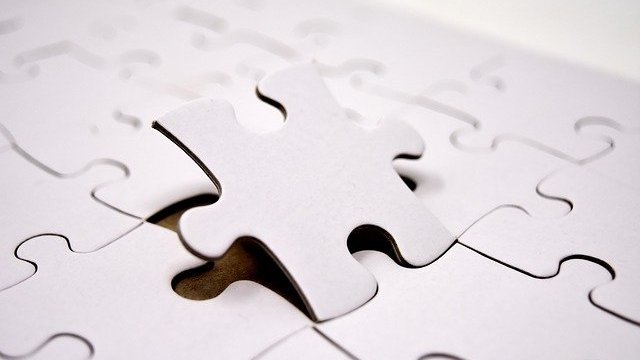 We’re now 6 days in, and it’s time for a NaNoWriMo progress report. OK, I lied, this progress report is being written now because the “Heir” project I started writing last NaNoWriMo is now complete. The finished first draft weighs in at just over 98k words, of which 17,410 were written this month. It has a prologue, an epilogue, and 45 chapters, with chapters 38-45 and epilogue written this month. Or to be more precise, the epilogue was re-written from scratch this month. The old epilogue was just 249 words, and had one PoV, the new one is 897 words with 3 PoVs. Then certain things I put into the novel meant that even that character’s scene had to be completely redone.

So a few quick words about my finished project. The short pitch for this project is “Ancient war between Heaven and Hell unleashed a mysterious power upon the world. Now it is up to an unlikely hero to stop it.”

The whole idea came from a 16-line poem I wrote shortly after I finished high school, about a war between Heaven and Hell that had occurred “upon the Earth” (since this story is happening in a secondary world, this line was later changed to “upon our world” as we hear one of the characters recite it in world). At first, the poem was by itself, but then toward the end of my first semester in college, I decided to write a story based on the world the poem described. Both in that first attempt at writing the story and in the current draft, the poem is present in the very first chapter. That was spring of 2007, seeing as I didn’t finish a complete draft of the story until fall 2020, you can easily guess that something went wrong.

Truth is several things went wrong, and most if not all can be connected to me not really knowing what I was doing. The issues are listed here roughly in reverse order of their severity, from the least significant to the most.

For a while I thought that not having a concrete plan or outline was one of my biggest mistakes. With more experience, and a completed draft of a novel, I know that was not an issue at all. As I discovered when writing this version, I can write even when my outline is really just a couple signposts along the way, and at the time I did have some plot points I wanted to hit.

The next issue actually took me a while to recognize, and while I can’t say that it had any impact on my decision to stop writing at the time, in retrospect it makes me cringe. The ideas I had were FULL of cliches, just listing 2 here:

In the current version, I made the intentional choice to play with some of the standard tropes. I’ll give one example that occurs very early in the book. It is strongly hinted that the young man at the center of the story is the prophesied hero, and the prophecy, just as in my first attempt, is related to a hidden heritage, yet a chapter or two later we discover for certain that he isn’t. Instead, the first part of his adventure is searching for the hero. In contrast, the hero is perfectly aware of their heritage, but has no idea about the prophecy. There is another trope that I consciously included, but with a twist. However, that trope occurs at the end of chapter 42, and so I’d rather not spoil it here.

Another issue is that I was constantly rewriting my first chapter. I think I ended up with 5 drafts of it. My thought at the time was that I needed the PERFECT first chapter before I could start on the second. Don’t do this!!!

This time around, I usually, but not always, reread what I wrote the day before, and just fixed the glaring mistakes – typos, subject/verb mismatch, wrong tense, extra/missing words, etc. If I notice something I might want to fix that will require more work, I jot it down and move on. Then, I start writing the next part. This method helps catch stupid mistakes, to make the story readable, and also brings it back to the forefront of my mind. I have continued doing this even during this NaNoWriMo, it doesn’t take much time, and it helps.

The final issue is probably the biggest. I was not ready to receive criticism. After 5 drafts, I thought my story was in a great place, and was looking forward to writing more. Then, I gave the draft to my parents and sister to read. They loved it, but my mom pointed out a choice I made in writing it that honestly did not make sense. That issue should have taken me a few minutes to fix, it was not a major issue, and in no way central to the plot, yet that one comment shut down my drive to write. Honestly, if that minor comment had such an impact, I don’t know how I would have reacted if someone had pointed out an actual issue.

In conclusion, I was simply not ready to write a novel at that time.

Amusingly, when I mentioned to my sister that I was going back to that idea last year for NaNoWriMo, she remembered the fact that the main hero was the son of a fisherman, while I had completely forgotten that fact. Yet, despite forgetting, the first chapter of the new version is titled “Drunk Fisherman”, and the build up that I had in the one chapter I wrote on my first attempt is repeated and expanded across the first two chapters on this draft.

Now, a little bit about the “Artaang” project. I haven’t refined it, but the current idea of the pitch for this project is: “Magic has been dead for centuries, yet now it is reawakening. Its return threatens the livelihoods of the people who have made a living from falsely claiming to have magic, and they will do whatever it takes to stop its return.”

Just as with “Heir”, I wrote a bit for it back when I was finishing grad school in 2014. In particular, I wrote a chunk of chapter 1, all of chapter 3, and a prologue. Looking back at the changelog, I noticed that I still did several drafts of some of those, but I also worked on the other bits along the way, so not as bad as it had been for the first attempt at “Heir”. Also, in re-reading what I had written, the prologue was fun, but entirely unnecessary, but back then I felt that a good fantasy novel MUST have a prologue.

So why is the prologue unnecessary? To answer that ask yourself, what role does the prologue play in a novel? There are several roles it can play in my opinion:

A good prologue does all, or at least most, of the above. For instance, in “Heir”, the prologue reveals the existence of angels and demons, shows them fighting a war “in the realm of men”, shows the emergence of the main antagonist, and shows that there will be character deaths. The foreshadowing in the prologue is a little weak, but it is present. It also provides different PoVs, as one of the PoV characters dies, and the other is not seen again until the epilogue, but since neither character is present during the main body of the novel, this is not a major point.

In contrast, my original prologue for “Artaang” only provided world-building, and while the PoV characters were unique to the prologue, they were long dead by the start of the narrative, making that point largely irrelevant. What’s worse, the tone of the prologue was completely different from the tone of the rest of the planned novel. The prologue was extremely dark, in contrast, the novel outline had just a single death of an important character, the somewhat cliche death of a mentor. The new one has more deaths, but still nowhere near the grittiness of the old prologue. The genre reveal was kind of present, but was more in line with my original vision for the story rather than what the outline ended up being. The prologue did have some foreshadowing, but I realized that the battle it was foreshadowing made no sense, and while a battle in that place in the outline is the right thing to have, the enemy originally planned for it was senseless, especially given that there was already a perfectly “good” and capable enemy present.

In as much as the genre reveal is relevant, it would not have done much. A good genre reveal is something like the prologue of “Game of Thrones”, which Dan Wells calls the “Ice Monster Prologue”. If you’ve read the book, we first see magic in the prologue, and next we see it near the end of the book, and it is much more present in the sequels. Without the prologue, the reveal that magic exists would have come as an unexpected, and possibly unpleasant, surprise. However, in the outline of “Artaang”, both old and new, the soft reveal of magic (soft in the sense that it appears, but is not fully recognized as such) comes part-way through chapter 1, as such there is no need to inform the reader of magic’s existence during the prologue.

That being said, just because the prologue didn’t fit the book, doesn’t mean it gets thrown out. Last month I decided to combine the old prologue with a short monologue I had written in-world to explain and explore the motivations of the person responsible for the conflict in the prologue. I am playing around with making a short story out of those two components. The best way I saw of combining them is actually a somewhat unusual structure, where the frame story is a set of diary entries of the “villain”, and inset are the two scenes from the old prologue, with the diary entry following each being the “villain”’s reaction to receiving a report about that incident.

As I mentioned in my last post, the main reason I abandoned “Artaang” shortly after starting it was that the outline I wrote did not fit my original idea for the story. That idea is now very much on the back-burner, since I still have no idea how to present it faithfully. The novel however, is moving to the forefront, albeit with a cleaned up and greatly improved outline. Yet the new outline for this project is much more in line with its first version when compared with the changes the plot points of “Heir” underwent.